It’s been 10 years since Spectrum IT was founded in 2008, and so much has changed in that time. The business has grown from a three-man setup in a small space above a shop, to our large, dedicated team working out of the modern Southampton Science Park offices we now call home.

In the last decade, so much has happened both in a professional capacity and in our own personal lives. We’ve built up the Spectrum IT family and we have a team we’re very proud of. At this amazing milestone, we thought it would be a good time to reflect on our achievements and a share a little of the behind-the-scenes actions that have brought us to this point.

Back in 2008, Spectrum IT looked a little different. Ian Cruickshank founded the company along with two other team members in a small office above a clothing shop on London Road in Southampton. The whole office was smaller than our current meeting room! It didn’t have any kitchen facilities – someone always had to take the washing up home. The office only had four power sockets, so there was a trail of extension leads across the floor. Despite this humble start, the business grew and within that first year we had six employees. 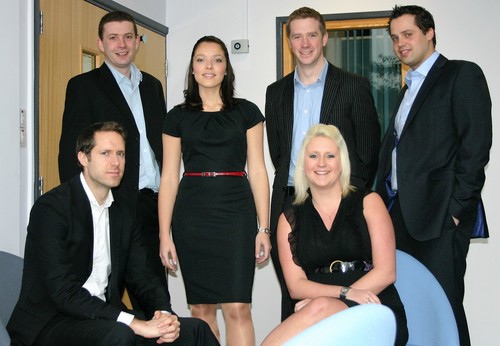 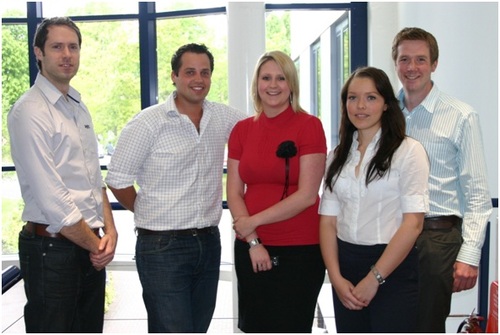 Work was starting to come in and we took on a wide range of jobs. For example, in 2009, we were asked by a UK client to find a candidate for a C++ Software Engineer in Malaysia. We didn’t recruit internationally, but in the early days, we were happy to take on whatever the job required. Nowadays, we’ve found our niche and specialise firmly in the IT sector in the South of the UK.

2010 was quite a big year for us. We moved into a larger office to accommodate our growing team, based at the Business Incubator in Southampton Science Park. The team was also expanding outside of the office, as we welcomed our first Spectrum baby into the world!

To celebrate our second birthday and the success of the business so far, we hired a cottage in Wareham. As we were still quite a small team, partners came along to join in the fun too. The weekend was a great way to kick back; we took part in our own sports day, a game of rounders and a BBQ. 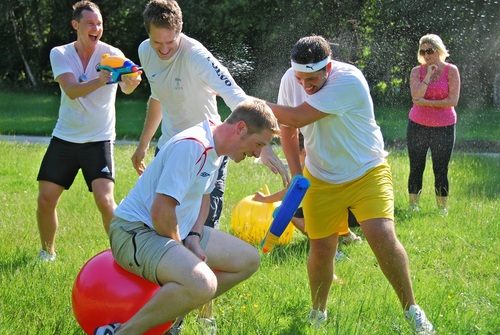 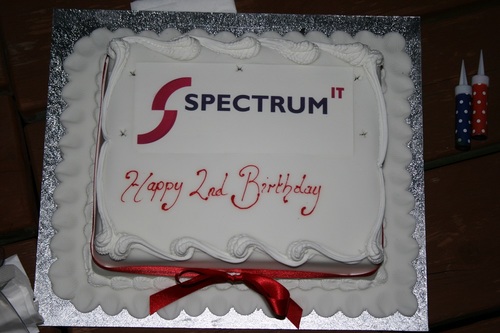 By 2011 we recruited our first Account Manager to help service our client accounts now that the business was getting busier. And we began to get recognised for our hard work too, winning the New Business of the Year award at the Test Valley Business Awards 2010/2011. 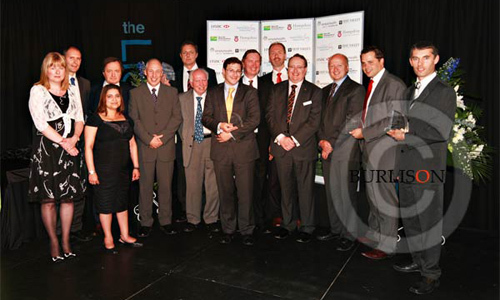 Another year, another move. In 2012, we relocated to another office in the Southampton Science Park – one that was literally across the corridor!

One thing that has always been important to us, is getting involved in the local community. It’s a core part of our ethos as a company. For example, also in 2012, we organised an Apprentice-style team-building challenge. Two teams were given £300 each to buy stock at a local cash and carry, which they then had to sell on a market stall in the middle of Southampton high street. The team with the highest profit won the challenge, and we gave £400 to the Southampton Children’s Play Association and £120 to Help for Heroes. 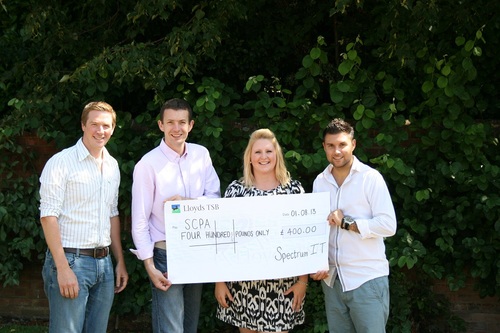 We have quite a few football fans in the team too, so we got a couple of Southampton FC season tickets to take our clients to watch a game and enjoy the hospitality area. We even got involved in the game ourselves, setting up a team to play 5-a-side football in a tournament organised by Jobsite. We competed for five years in a row, then quit after being beaten every single year! Time to get back to what we’re best at. 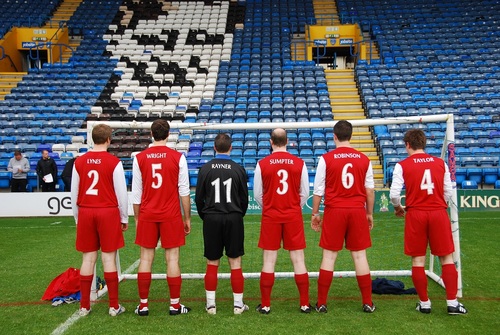 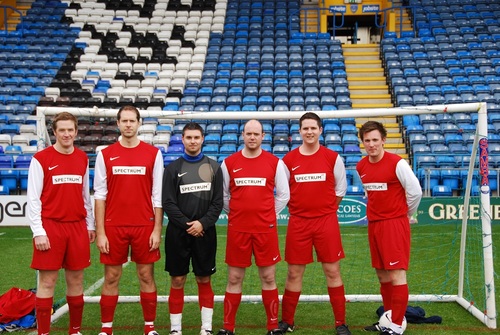 2013 saw yet another office move – the company was expanding so quickly and we kept outgrowing the available space. This time, it was to a much larger open-plan office in Gamma House, still on the Southampton Science Park, our current office space. We did a complete refurbishment to give our team the very best place to work from. This included investing in a new breakout area with vinyl grass flooring, a picnic bench and branded pool table. 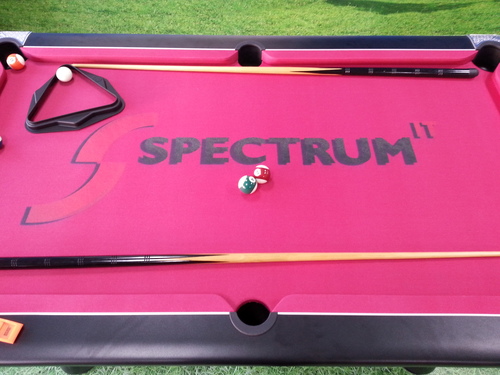 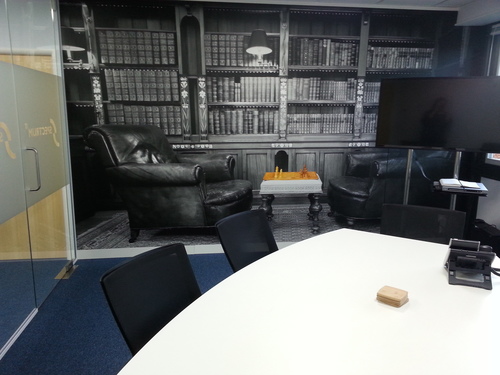 Around the same time, we also started our interaction with user groups, something that we now are heavily involved in. We began by sponsoring Developer South West and PHP Hampshire user groups.

In the five years from then, the business has continued to grow and grow. In 2014, we established our Contracts team and became sponsors of Agile South Coast and SQL Soton user groups. This was also when the Ice Bucket Challenge was popular, to raise funds for ALS. The team rose to the challenge, and were especially keen to donate to pour cold water over Ian’s head! 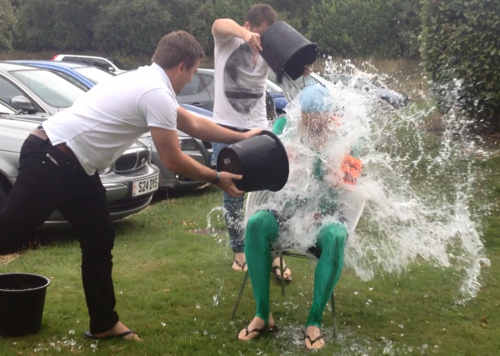 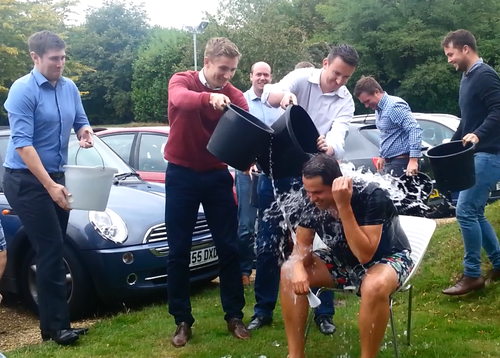 We proudly became Official Platinum Sponsors of the PHP South Coast 2015 conference, and repeated our role in both 2016 and 2017. During this period, we began sponsoring even more user groups on the South Coast, further cementing our involvement in the local industry. 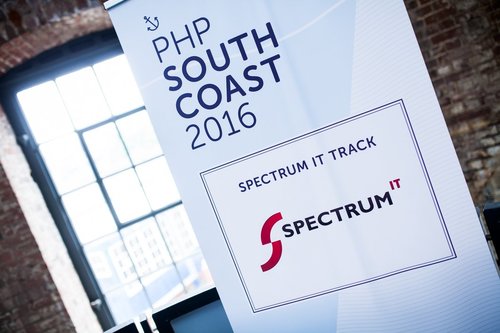 Behind the scenes, members of our team continued to take part in various charitable endeavours. In 2016, Spectrum IT Recruitment (South) Limited sponsored Mark Howarth, our keen sportsman, and provided him with a branded t-shirt to wear at the many events he took part in. In 2017, we set ourselves two challenges to raise funds for the Piam Brown Ward at Southampton General Hospital. Seven staff took part in London to Brighton cycle event – an impressive 54 miles. To raise even more money, we decided to do a 24-hour treadmill challenge. We hired two treadmills, which were put in the meeting room and each employee had to take it in turns to keep one of the treadmills going for 24 hours, raising nearly £3,000 in total for the Southampton Hospital Charity. We are now Business Patrons of the Friends of Saints Foundation, an official charity of Southampton Football Club that exists to help fulfil the potential and change the lives of children, young people and adults at risk across Southampton and surrounding areas. 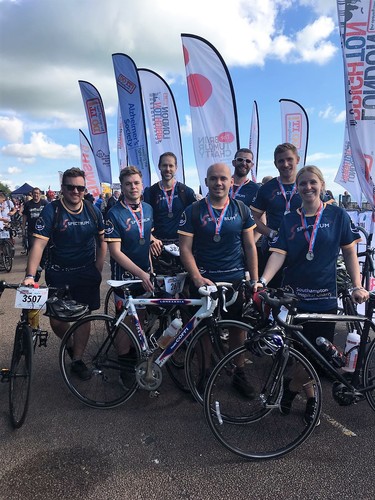 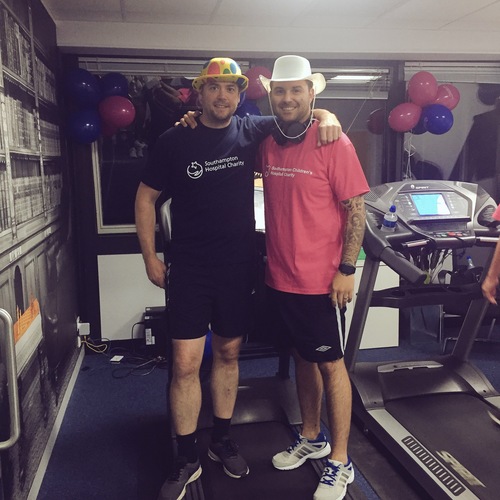 In November 2017, we launched our brand-new website, which was designed to make it even easier for both clients and candidates to discover our services, search for and post jobs, and get recruitment advice.

Which brings us to 2018, and our 10th birthday celebrations. To mark the occasion, we had a team day out at Battlefield Live in the New Forest, dressed in camouflage overalls with sensors attached to sweatbands on our forehands! Afterwards, we cooled down by jumping into the water at Fordingbridge to take part in the Wibit Aqua Park inflatable assault course. We also organised over 100 branded birthday cakes be sent out to our clients, so they too could join in the party. 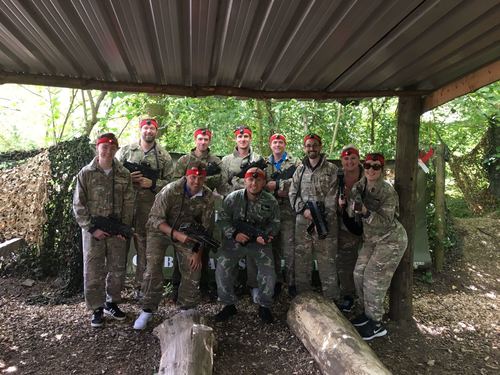 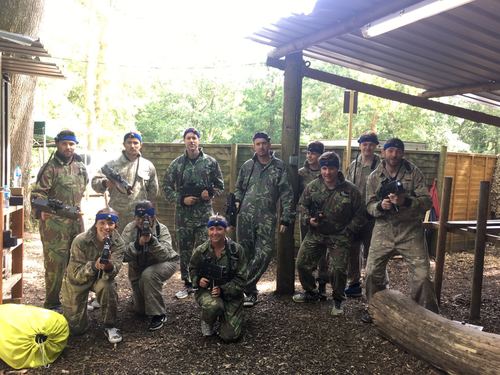 It’s been a busy, but productive decade. We’ve grown from our small beginnings and built a company we’re proud of, with a strong team to match. Looking to the future, we aim to build our brand, enhance our knowledge and develop our team. But we’ll never compromise on our core values, and will continue to stay involved in our local community and the South Coast IT industry.

Find out more about Spectrum IT on our About page.